Over the last 30 years the Claremont Women’s Football Club have been lucky enough to have the support of some outstanding volunteers, leaders and players. These are our Club Legends. 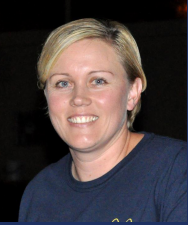 Tiff was the first ever Life Member Inductee for the CWFC in 2006 and dedicated her time to the club for over 15 years. She was a strong player for the club representing WA on multiple occasions as well as taking on captain and coaching roles. Throughout her involvement with the club, Tiff held various positions on the committee including Secretary. Toward the end of her football career, coaching became a focus with her heading up CWFC teams as well as holding assistant coaching roles with the state team.

In 2013, Tiff packed up the magnets and hung up her boots for good after seeing the club through some of its hardest and most rewarding times. 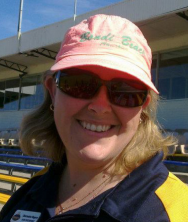 “Charmie” has been a stalwart of the club for over 20 years. She started her career with the club as a player, moved on to work on the committee in various roles including Club President and continues to maintain her involvement as a senior coach. Over the years Charmie has dedicated countless hours to the club to ensure it remains strong and successful. Charmie is also a Life Member of the WAWFL and has the Rogers Cup named after her in recognition of her service to female football in WA. 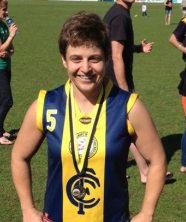 “Besser” as she’s affectionately know around the club started playing for the club in 1992 is still playing for the club today. She holds the club games record with over 250 outings for the IWFC and CWFC. Throughout her two and half decades at the club, Bess has played in 6 premierships and continuously gained the respect from her team mates and coaches with a handful of other club awards. As well
as her on field success, Besser has also contributed her time to the club off field through fundraising, recruitment and promotional events. 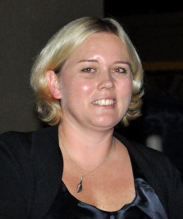 Brie played her first game for the club in 1998 and was immediately hooked. Throughout the following twelve years she would go on to fill various Club and League roles. A ten year tenure on the committee saw her taking on several important roles including Secretary, Treasurer and Team Manager. She was also the first Coach and Captain of the first ever CWFC Reserves side. Brie still remains a fierce supporter of the Club and of female football. 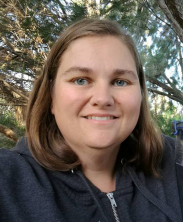 Starting out as team manager in 2005 and selling beer from an esky on game days, Aimee’s involvement in the club was instrumental in shaping who we are today. Aimee was the key to the club affiliating with the Claremont Tigers and negotiating the use of the facilities. Throughout Aimee’s tenure as President she updated policies and streamlined practices to ensure the Club had strong organisational governance. She also assisted other WAWFL clubs to update and implement policies to strengthen their organisational governance. Aimee is also a Life Member of the WAWFL in recognition of her contributions to female football in WA.

Rookie of the Year

Tiger of the Year

Volunteer of the Year